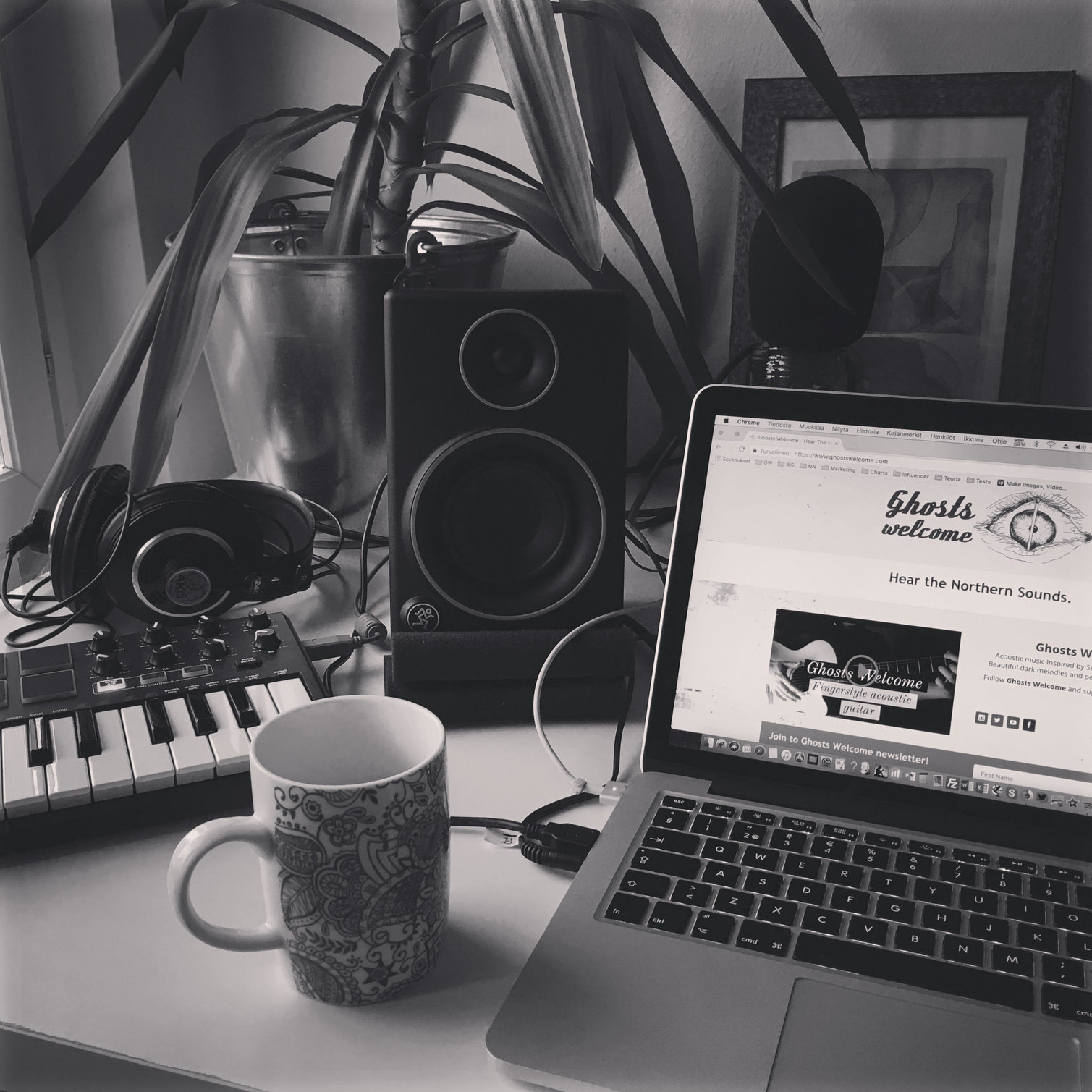 As a process of developing my songwriting I’ve been thinking a lot of the way I write music and my working routines around it lately. I’ve been trying to figure out how to find a good balance between writing without boundaries and enjoying the freedom of creativity, but same time having a good working principle that enables songs to be completed regularly.

For me it’s really important to keep delivering songs frequently even though they’re not necessarily the biggest hits. As a part of this process I’ve been thinking about the very basics of the working routines when making songs. Which way is better – Music or lyrics first?

I’ve found some good from both possibilities and somehow figured a good working method for myself which is the theme for this blog post.

Measure your own songwriting methods

The boring truth is that from my experience there’s no wrong or right ways here when deciding should music or lyrics come first when making music. The outcome of a song will always define whether the used method was successful.

Song quality would be a good metric as well but there’s really no easy way to measure that which would fit in every case. But obviously you should always do your best when writing songs.

As said, there’s no right or wrong ways when making music but there are elements that are useful to keep in mind when writing music or lyrics first. First of all let’s think about the elements that are part of a song. Lyrics, melodies, rhythm and chord structures.

In a different music genres there are different standards and songs have different aim for a certain outcome. In pop music it’s mainly about a punchline and a lead melody, in electronic music is about rhythm and soundscapes, in black metal it’s about the rawness of sounds and ideology through lyrics.

These elements doesn’t necessarily lead the workflow when making songs since everyone works their own way, but it surely leads the work of which elements are considered critical when measuring songs. In EDM it’s rarely about the deep meaningful lyrics and in country music it’s rarely about the wide range of musical diversities. But it’s always possible to start writing either from lyrics or music first.

Working methods are actually key when thinking the best solutions for this topic. Whether lyrics and music are written individually or at the same time. That’s an obvious thing but it should lead the writing process.

If you write easily really nice well crafted lyrics you might want to compose music that suit to those lines after when you’ve finished your lyrics. You will definitely need a good melody and interesting backing track, but the lyrics will lead the way for that song.

And it’s the same vice versa. A good song definitely need a good lyrics but if you write music better and easier you might want to prioritize that. And make some compromises with lyrics if needed.

So to make it short – you need to find a way to start writing easily and finish your songs as well. After all that’s what counts when making songs.