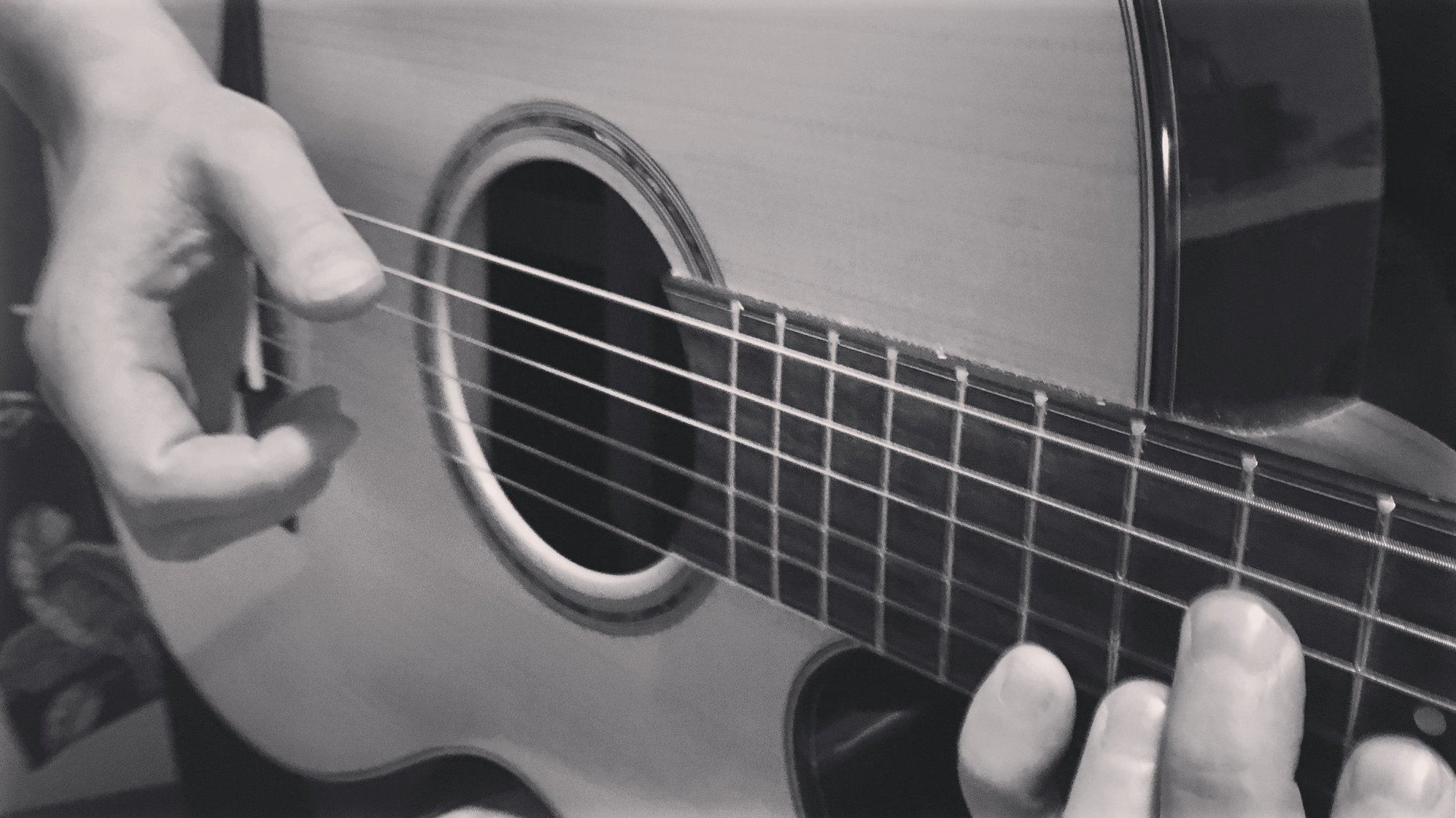 Most of the people write songs with the help of one or more instruments: with a guitar or a keyboard for example. Usually people seem to pick an instrument they’re the most talented with. It’s quite natural since it often makes sense to focus on songwriting instead of thinking about playing and playing techniques too much.

There’s enough thinking in songwriting process in general so all extra work is wise to keep at minimum. And because of that songwriting with guitar is my choice. I’ve been playing guitar for so long that I imagine music through the fretboard of a guitar. But habit is not the only reason guitar is my top choice to write songs with.

There are definitely some good benefits on songwriting with guitar which I’m going to write in this blog post. Hopefully this will help to decide whether you should focus on writing songs with guitar or with some other instrument.

First of all, guitar is a very versatile instrument

You can play and write pretty much all kind of music with it. It doesn’t really matter in which genre you’re into there’s usually always a change to write songs with guitar that match your needs.

Guitar is also a very popular instrument in pop and rock music or in western music scene in general so it’s pretty much possible to play every song ever made with it after some arrangements. That’s really useful since you can analyze songs of your interest or any music easy when you’re songwriting with a guitar.

You learn to understand how songs, chord progressions and melodies are made so it’s possible to bring those learnings to your own songwriting. That is a big plus when songwriting with guitar – you can easily learn from others since most of the songs in this world are easy to learn with guitar.

Even if you haven’t ever touched the guitar before. Most of the pop/rock songs can be played with only a few basic chords and that’s already a good reason to learn the very basics of guitar.

After the basics there’s no any reason why you couldn’t write similar kind of songs with the knowledge you have just learned. It’s fun to analyze how many or only a few different chord progressions there used in most of the songs in western music.

Learning a new thing is always a bit hard so just remember that basic guitar chords are after all quite easily to learn. If you make some effort to learn the basics, you’ll eventually have the whole world of songwriting open to you.

You may even accidentally find something new and interesting, like when you did when you were just starting out with guitar. If alternative tunings are not your thing this time, try adding some percussive elements to your songwriting with guitar.

What I’m trying to say is that with guitar it’s really easy to get started with and the road is endless when it comes to finding a new ways to create music with guitar. And because of that guitar is a good partner to write songs with.

Guitar is an easy and a handy tool when it comes to songwriting. You need to obviously get your guitar basics to get you going, learn from other songwriters as much as possible and when you’ve made so much of progress guitar and songwriting gets even a bit boring, start consciously breaking your own songwriting and guitar playing rules as much as you could.

At some point you even may consider to switch to a different instrument for a moment to write your songs with.